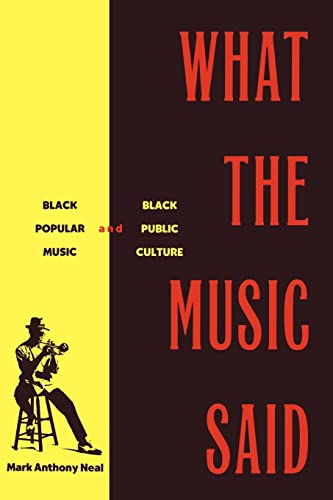 Rap and hip-hop clearly serve as a public forum for African-American cultural critique; here, SUNY-Albany African-American studies professor Neal argues compellingly that black popular music has always played such a role. While ably describing the ways in which the ""aural landscapes"" of noted performers like John Coltrane and Anita Baker comment on the social realities of their day, Neal is more concerned with social history than with musicology. His interpretations of music are closely informed by the impact of developments like Reconstruction, mass migration, urbanization, the civil rights movement and the rise of the black middle class on the African-American community at large. He is attuned to the nuance given to accounts of the black experience by class and gender at specific historical moments. He also charts the impact of the commercialization of various forms of black popular music, which, he argues, has often compromised the ability of their music to serve as an authentic articulation of African-American values and experience. However, commercialization is not, for Neal, the end of the cycle: when a genre becomes too heavily mediated by market forces, he says, black artists simply find new modes of self-expression. In this deftly written study, Neal persuasively demonstrates that, from the spirituals sung by slaves to 20th-century blues, jazz, be-bop and soul, music has provided important ""aural public space"" in which African-American communities have been able to share and evaluate their collective experiences. (Dec.)
close
Details