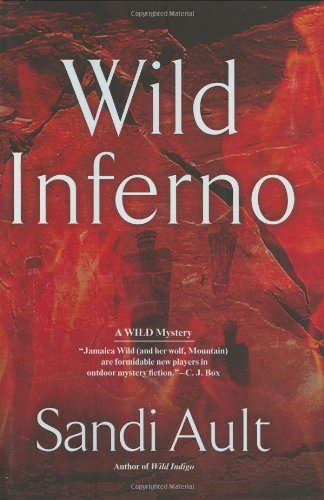 The dramatic background—wild fires spreading near Colorado’s famed Chimney Rock at the same time Pueblo people are gathering there for an important ceremony—and a smoother blending of plot and Native American lore and rituals make Ault’s sequel to her impressive debut ( , 2007) a richer novel than her first. Jamaica Wild, the Bureau of Land Management agent known for her wolf companion, Mountain, and her ability to attract trouble, enters a fire area to locate an old Ute called Grampa Ned. Instead, she finds a smoldering firefighter who can only utter “Save the grandmother” before he collapses. Later, the discovery of Grampa Ned’s burned body and an unusual artifact provides more mystery. Readers will share the author’s obvious admiration for the skill and bravery of the fire teams (many composed of Native Americans) as they battle fires in such rugged terrain. Ault credibly charts Jamaica’s education and indoctrination into the ways of the Pueblo people, leaving her poised for the next phase of her promising career.