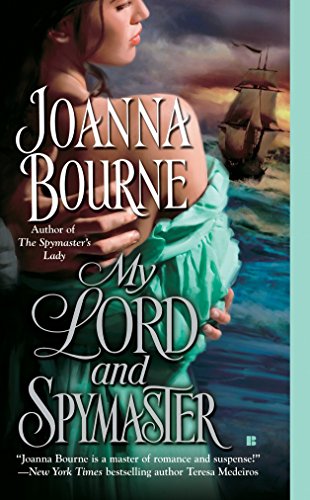 My Lord and Spymaster

Bourne's latest espionage-based series historical (following ) entices with subtle subterfuge and heated romance. Jess Whitby, daughter of suspected spy Josiah Whitby, is doing everything in her power to exonerate her imprisoned father. In order to free him, she must prove that someone other than her father is the Cinq, a notorious mole. But Jess has met her match in Capt. Sebastian Kennett, wealthy bastard son of an English nobleman, equally as clever at keeping tabs on Jess as she is at tracking him. Sebastian is responsible for Josiah's arrest; Jess believes that Sebastian may be the Cinq; their mutual attraction proves a lovely foil for their suspicious minds. Glimpses of the leads' sordid pasts add depth, and Bourne's consummate way with a story line and an explosive denouement do the rest.