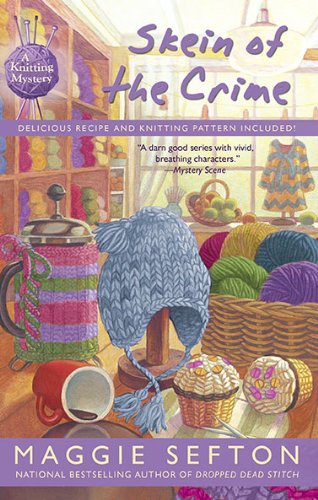 Skein of the Crime

Sefton's somber eighth knitting mystery to feature Fort Connor, Colo., financial consultant Kelly Flynn (after 2009's ) gets off to a slow start, but gradually picks up steam. While Kelly's romance with her longtime architect boyfriend, Steve Townsend, suffers, she helps her IT consultant friend, Megan Smith, plan Megan's upcoming wedding and teach a House of Lambspun knitting class. When Holly Kaiser, a college student who had been dating the son of a Lambspun knitting teacher, dies of a drug overdose, Kelly once again turns amateur sleuth. The more Kelly learns about Holly, who was far too fond of Ecstasy, the more she suspects the fatal overdose was no accident. The action builds to an intriguing cliffhanger. Directions for a braided knit scarf and a carrot cake recipe are a bonus.