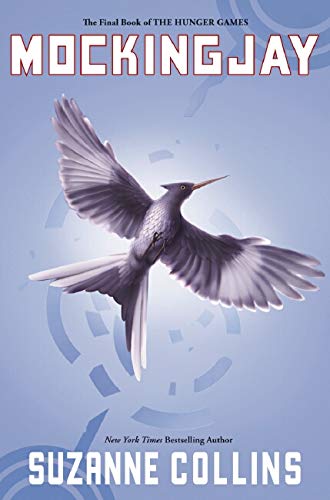 This concluding volume in Collins's Hunger Games trilogy accomplishes a rare feat, the last installment being the best yet, a beautifully orchestrated and intelligent novel that succeeds on every level. At the end of Catching Fire, Katniss had been dramatically rescued from the Quarter Quell games; her fellow tribute, Peeta, has presumably been taken prisoner by the Capitol. Now the rebels in District 13 want Katniss (who again narrates) to be the face of the revolution, a propaganda role she's reluctant to play. One of Collins's many achievements is skillfully showing how effective such a poster girl can be, with a scene in which Katniss visits the wounded, cameras rolling to capture (and retransmit) her genuine outrage at the way in which war victimizes even the noncombatants. Beyond the sharp social commentary and the nifty world building, there's a plot that doesn't quit: nearly every chapter ends in a reversal-of-fortune cliffhanger. Readers get to know characters better, including Katniss's sister and mother, and Plutarch Heavensbee, former Head Gamemaker, now rebel filmmaker, directing the circus he hopes will bring down the government, a coup possible precisely because the Capitol's residents are too pampered to mount a defense. "In return for full bellies and entertainment," he tells Katniss, explaining the Latin phrase panem et circenses, "people had given up their political responsibilities and therefore their power." Finally, there is the romantic intrigue involving Katniss, Peeta and Gale, which comes to a resolution that, while it will break some hearts, feels right. In short, there's something here for nearly every reader, all of it completely engrossing. Ages 12-up. (Sept.)
close
Details