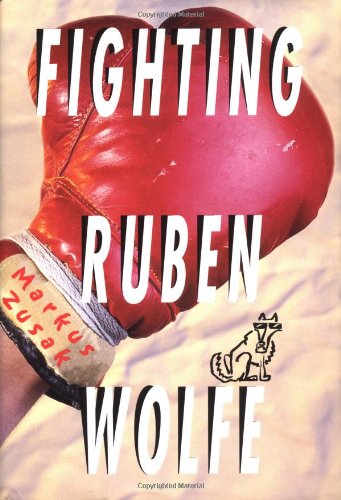 In earthy, working-class dialect, Australian novelist Zusak offers a lot of sports action as well as a sensitive inspection of sibling relationships and family pride. Times are tough for the Wolfe family now that Mr. Wolfe, a plumber, has been injured on the job ("He's half a man, because it seems that when a man can't work and when his wife and kids earn all the money, a man becomes half a man"). While narrator Cameron tends to keep his family's troubles locked inside, his brother Ruben lashes out with his fists. So, when a classmate taunts the boys with a derogatory remark about their sister, who has been "gettin' around a bit," Ruben pummels him. News of the fight spreads, and, a few days later, Ruben and Cameron, who has "heart" ("People throw money into the ring corners if they think you've got heart," says the organizer), are invited to participate in illegal boxing matches. Through Cameron's voice and observations of everything from family dinners to fights to dog races, Zusak compellingly relates how the two brothers respond differently to internal and external conflicts. While Cameron lives in fear, Ruben grows increasingly hardened. The moment of truth comes when Cameron and Ruben are forced to meet each other in the ring. It's a somewhat overneat ending to an often provocative book. Ages 10-up.