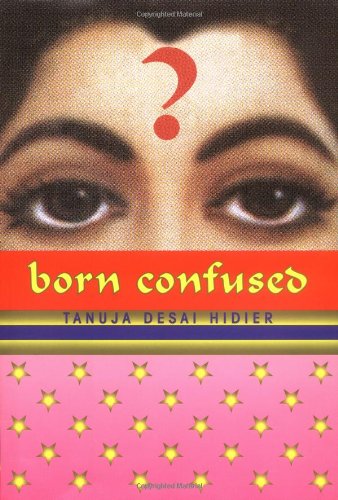 In this enlightening first novel, Hidier offers readers an engrossing, personal account of the Indian-American experience through the eyes of an insightful narrator. Dimple Lala, a New Jersey teen interested in photography, has been confused about her identity since she entered the world the "wrong way," causing her mother "twelve treacherous hours of painful labor." Her fascination with photography reveals Dimple's keen sense of perception as well as her role as an observer rather than a participant. "Not quite Indian, and not quite American," Dimple unsuccessfully tries to blend in, riding on the coattails of her blue-eyed, blonde best friend, Gwyn. The author nimbly describes the shared outsider status that drew together the two, "the rich little girl who lived like an orphan and the brown little girl who existed as if she were still umbilically attached to her parents."

During Dimple's 17th year, however, the tables suddenly turn when Dimple's parents introduce her to Karsh Kapoor, the son of their close friends from India. Through their meeting, the author reveals Dimple's mother's own secret creative aspirations (to become a dancer in her youth) as well as another first-generation teen's attempt to straddle both cultures. When Gwyn becomes infatuated with Karsh, Dimple helps Gwyn become a suitable girlfriend for him, even as she gradually comes to admire Karsh herself. In the process, the heroine embarks on a journey of self-discovery.

On one level, the book explores the growing pains, rebellious phases, peer pressures and first love experienced universally by teens. On a deeper level, it celebrates a harmonious blending of cultures as it traces one adolescent's bumpy trek towards self-actualization. If a few subplots take the main action on a slight detour (e.g., Gwyn's relationship with her high school–cum-college boyfriend, etc.), the sparkling prose will carry readers along. The author seamlessly integrates descriptions of Indian food, dress and customs, often spiced with Dimple's sarcastic commentary. But even as Dimple distances herself from her family's traditions, her sense of respect and genuine affection for her accomplished parents (both doctors) are never far from the surface. The author poetically captures the essence of her characters and the richness of seemingly insignificant moments. Absorbing and intoxicating, this book is sure to leave a lasting impression. Ages 13-up.