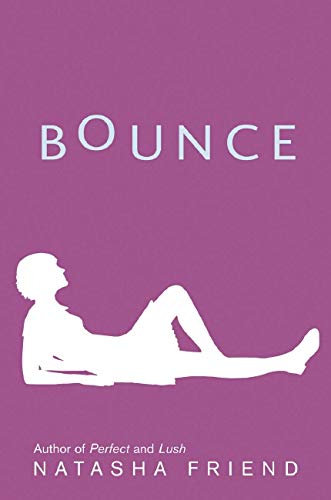 Shortly after her widower father announces he is remarrying, 13-year-old Evyn and her older brother move with him from their house in Maine to the Boston brownstone of their soon-to-be stepmother and six stepsiblings. For solace, Evyn confides in her dead mother, who died when Evyn was a baby, even though she admits she is really just talking to herself; in these conversations her mother advises her to let the bad stuff “bounce” off her, but it's hard. Evyn misses her best friend—who seems to have moved on very quickly, acquiring a new best friend and boyfriend—and she hates both her too-eager stepmother and her private girls' school, where she becomes a target of the popular clique. Friend ( ) throws in plenty of plot lines, including Evyn's crush on her oldest stepbrother and her belated discovery that the school's mean It girl is constantly criticized by her mother; some of these developments feel more convenient than organic. But the author has an unmistakable gift for exploring family dynamics, and even though Evyn doesn't immediately understand such exchanges as the constant bickering of the twins whose bedroom she shares, they will be instantly recognizable to many readers. The tender scenes have a genuine poignancy, as when Evyn and her dad share a heart-to-heart in the middle of night, or when Evyn's stepmother tells her about her own mother's death. In the end, these moving moments make for a story that's both real and heartfelt. Ages 12-up.