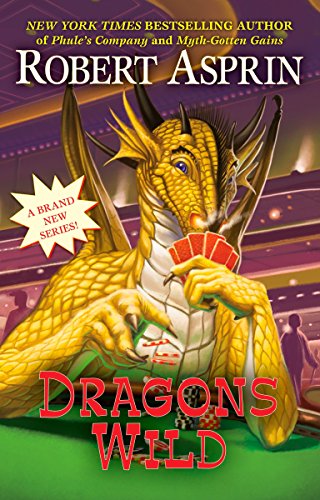 This colorful series opener from comic fantasist Asprin ( ) introduces lazy con artist Griffen McCandles, who got through business school on his “charm and quick wits” and now expects to be given a job working for his uncle Malcolm's company. Then Malcolm reveals that Griffen and his sister, Valerie, are near pureblood dragons, expected to chose sides in an international battlefield of magic and ancient rivalries. With assassins and a professional dragon-slayer on their trail, Griff and Val head for New Orleans (with no mention of Hurricane Katrina) to ally with Mose, an unlicensed casino operator and leader of a band of renegade dragons who hope Griff can bring them some respect as well as power. Asprin promises much but delivers little, apparently saving his plots for later books, but with all the characters and factions now in place, the series may eventually develop into something more engaging.