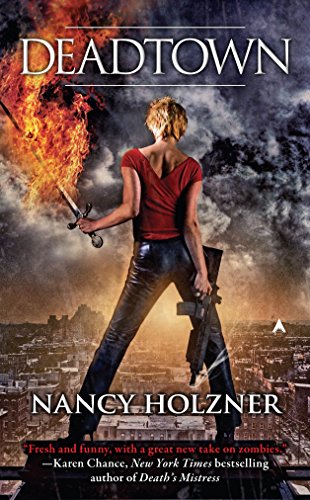 In Holzner’s fast-paced urban fantasy debut, shape-shifter Victory Vaughn fights demons in an alternate present-day Boston, where a few thousand people have been mysteriously zombified and are now confined to the neighborhood of Deadtown along with vampires, werewolves, and other “Paranormal Americans.” Vicky’s sometime boyfriend, Kane, a werewolf, lawyer, and PA rights advocate, gets some competition from human detective Daniel; teen zombie sidekick Tina occasionally wreaks unintentional havoc; and Vicky’s sister, Gwen, an inactive shape-shifter and suburban wife and mother, argues with Vicky over their life choices and attitudes toward shape-shifting in the most fully realized and emotionally compelling parts of the book. By comparison, the reveal of the big villain comes off as both predictable and a little cardboardy. This fun and facile tale would be a great beach read if it weren’t coming out in the middle of the winter.