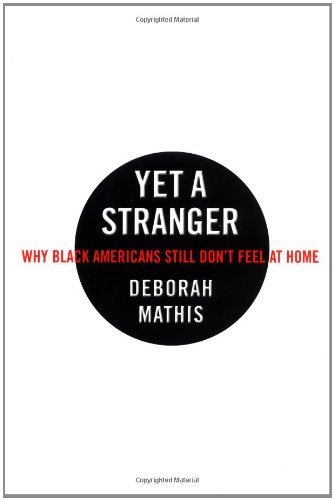 YET A STRANGER: Why Black Americans Still Don't Feel at Home

Forty years after the civil rights movement, not only does racism still exist but it's become even more insidious for having gone underground, argues Mathis, a syndicated columnist appearing in . This more virulent strain of discrimination, less blatant and therefore harder to confront, pervades American society to the extent that black Americans feel defensive and uncomfortable in their own country, she argues. Mathis visits all of the major landmarks of racial tension: the O.J. Simpson trial, L.A. riots, affirmative action debates, nomenclature (she prefers black to African-American), Ebonics, multiculturalism, school vouchers, "hyperincarceration" and racism in the justice system, even the relationship between the contested Florida elections and discrimination against blacks and other minorities at the polls. These various hot-button issues have the undesired effect of further alienating blacks, Mathis argues, from the perpetrators of their oppression—the media, financial institutions and the political system—which could also be ways out of this unfortunate state of affairs. Mathis's grip on recent African-American history is admirable: she writes scathing indictments against corporations for dumping toxic chemicals in black neighborhoods, against police for profiling and making "living while black" a real hazard that black parents must impart to their children, and against well-meaning whites for suspicious looks and patronizing attitudes. She stumbles at times while trying to weave personal experience into the polemic, where it detracts rather than adds to her argument, and recycled material from her column could have been omitted. As is to be expected when discussing social problems of this magnitude, her solutions are well-meaning but fuzzy: she advocates that all American society adopt the principles of Kwanzaa, "unity, self-determination, collective work and responsibility, cooperative economics, purpose, creativity, and faith-worthy endeavors, year-round, twenty-four/seven." Readers can ask for more specificity on Mathis's East Coast book tour.