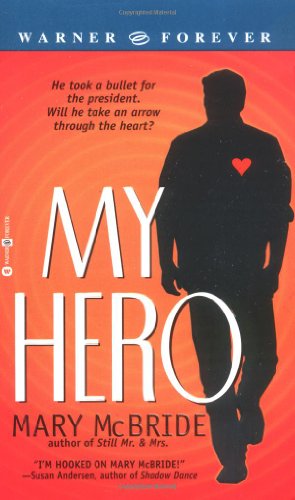 New Yorker Holly Hicks, an aspiring TV producer, has vowed to leave her Texas childhood behind. Then her boss offers her the chance to produce a special on Cal Griffin, a secret service agent who was shot saving the President a year earlier. The catch? Cal is recuperating in sleepy Honeycomb, Tex. Reluctantly, Holly heads to the tiny town to face the memories it evokes. Dubious about his new role as documentary hero and his future as a semi-disabled agent, Cal would rather heal in peace, with a few beers and the town's old dog for company. But Holly's combination of Manhattan spark and Southern sensuality intrigues him, while she in turn is mesmerized by his blue eyes and incisive personality. Cal's soon-to-be-ex-wife, a glitzy blonde with a lust for fame, complicates their romance, as does a spot of counterfeiting in the town's print shop. Such minor conflicts aren't enough to carry the plot, but McBride's (, etc.) fine characterizations and fresh, funny voice sweep the reader sweetly along. The protagonists' internal dialogue is especially skillful, offering a snappy, smart-alecky counterpoint to the earnestness of smalltown life. This book is as warm and relaxed as its Southern setting—a world in which readers will be happy to sit, kick off their shoes and stay awhile.