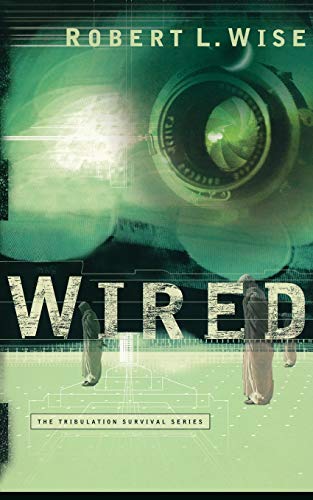 End-times novels, conspiracy thrillers and terrorist-driven plots are all staples in the CBA market, and this first installment in the Tribulation Survival series incorporates elements of all three. For evangelical Christian readers, the plot will feel familiar. It's 2021, and millions of people have mysteriously and suddenly disappeared across the United States. Terrorists are creating havoc in Chicago, and the population is looking for someone to institute order in the city. Graham Peck, a high-powered presence in the Chicago political machine, is uneasy when his boss, the mayor, joins up with a charismatic world leader named Hassan Jawhar Rashid, aka Borden Camber Carson. Because of the terrorist scare, the mayor installs surveillance cameras around the city and implements curfews. Plans predictably call for citizens to have an identifying mark painted on their foreheads. The Pecks have never been interested in spiritual matters, but the death of a loved one leaves them with questions about the afterlife. They're intrigued when their college-age son, Matt, discovers the New Seekers, an underground Christian group whose members consult their Bibles to interpret strange events as signs of the apocalypse. Soon Peck realizes that the number of letters in Rashid/Carson's name corresponds to the number "666." Even strong prose could not have saved a plot this implausible and cliché-ridden, but the writing is marred by weak dialogue, repetitious phrasing and tedious overdescription. An abrupt ending leaves readers presumably waiting for a sequel, but few will make it through this Left Behind knockoff.