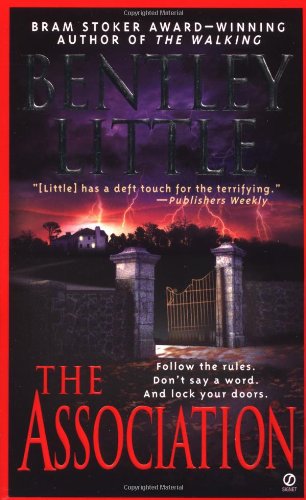 With this haunting tale, Little () proves that he hasn't lost his terrifying touch. Barry and Maureen Welch are thrilled to exchange their chaotic California lifestyle for the idyllic confines of Bonita Vista, a ritzy gated community in the unincorporated fictional town of Corban, Utah. But as Bonita Vista residents, they're required to become members of the neighborhood's Homeowners' Association, a meddling group that uses its authority to spy on neighbors, eradicate pets and dismember anyone who fails to pay association dues and fines. Maureen, an accountant, and Barry, a horror writer who is banned by the association from writing at home, soon find themselves trapped in the kind of deranged world that Barry once believed existed only within the safety of his imagination. The novel's graphic and fantastic finale demonstrates the shortsightedness of the Association and will stick with readers for a long time. Little's deftly drawn characters inhabit a suspicious world laced with just enough sex, violence and Big Brother rhetoric to make this an incredibly credible tale.