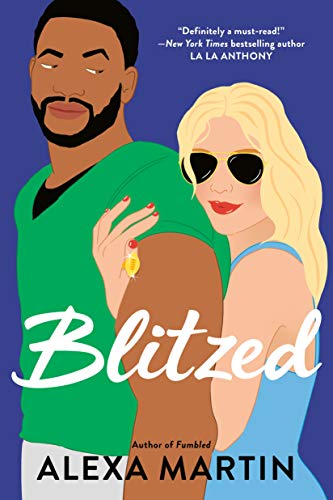 The lighthearted third sports romance in Martin’s Playbook series (after Fumbled) focuses as much on strong female friendship as it does on love. Brynn Sterling owns HERS, a female-centered Denver sports bar and the monthly meeting place for the wives and girlfriends of sports players (WAGS) on their new reality show Love the Player. Though Brynn values her friendships with the WAGS, she resists their encouragement to act on her feelings for NFL player Maxwell Lewis, because she doesn’t want to get sucked into their dramatic, high-profile world. Despite being one of the Mustangs’ most popular players, Maxwell is extremely shy and has been unable to act on the crush he’s been nursing on Brynn for years. When he finally works up the courage and Brynn gives into her friends’ pestering, Brynn and Maxwell realize they’ll have to help each other get over their past heartbreaks in order to move forward. What the slow-burning love story lacks in drama it makes up for with heart. Readers will be delighted by this sweet romance. Agent: Jessica Watterson, Sandra Dijkstra Literary. (Dec.)

Correction: An earlier version of this review incorrectly identified this book as the second in a series.

The Boxing Baroness
The Boxing Baroness
Minerva Spencer
Spencer (Notorious) launches her Wicked Women of Whitechapel Regency series with an outstanding romance based in part on a real historical figure. Before the start of the novel, Continue reading »
chevron_right