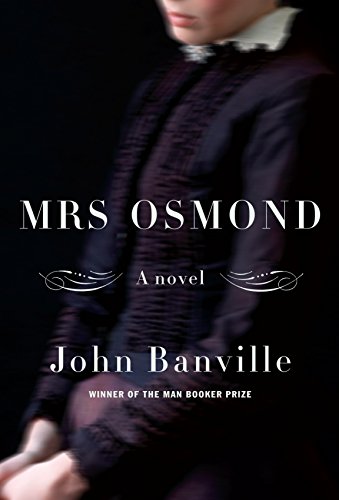 Banville’s sequel to Henry James’s The Portrait of a Lady is a delightful tour de force that channels James with ease. The rich and measured prose style is quintessentially Jamesian: the long interior monologues perfectly capture the hum of human consciousness, and the characters are alive with psychological nuance. Readers join James’s heroine where his classic left her; Banville’s Isabel Archer Osmond is now a sedate, proper matron, who bitterly rues her marriage to deceitful Gilbert Osmond. She retains her high-minded principles, however, and has determined to live with her guilt at having ignored the advice she had received against marrying him. Gilbert is a cruel, arrogant man who condescends to Isabel in cutting language, lives off her fortune, and demands her complete loyalty. Having defied Gilbert when he forbade her to leave their home in Rome to hurry to her dying cousin’s bedside in England, Isabel feels the first stirrings of freedom. Almost capriciously, she withdraws a large amount of money from the bank in the hopes of having it free to spend as she sees fit without the interference of her husband and his malign mistress, Madame Merle. After Isabel’s redoubtable lady’s maid, Staines, discloses some astonishing news, the narrative takes a suspenseful turn. Some of the other characters from The Portrait of a Lady—including Isabel’s aunt, Mrs. Touchett; Pansy Osmond, Gilbert’s daughter; and American journalist Henrietta Stackpole—appear again. It is clear the freedom and social clout that money bestows in the 19th-century settings of London, Paris, Florence, and Rome, all described in lush detail. As in James’s novel, Banville incorporates a wonderful sense of irony; the result is a novel that succeeds both as an unofficial sequel and as a bold, thoroughly satisfying standalone. 50,000-copy announced first printing. (Nov.)
close
Details