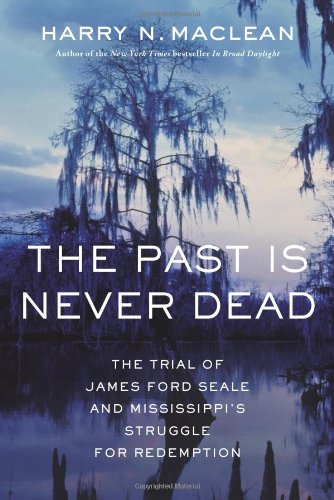 The Past Is Never Dead: The Trial of James Ford Seale and Mississippi's Struggle for Redemption

In the summer of 1964, James Ford Seale and six fellow Klansmen tortured and drowned two black teenagers, Charles Moore and Henry Dee, in the Mississippi River. This study of the crime—which took 43 years to come to trial—and racism in Mississippi, past and present, is slightly hobbled by its sloppy structure. The book careens between the 1964 murder and the 2007 trial, but develops into a compelling courtroom drama. Despite a penchant for melodrama and hackneyed plot devices, lawyer MacLean ( ) recounts the story with momentum, clear legal explanations and stirring empathy for each character—from Charles Moore's grieving brother, Thomas, to Charles Edwards, a Klansman and the key to Seale's conviction. Most masterful is his treatment of Seale himself. Without ever telling the story from Seale's point of view, but instead describing how the defendant is seen through the eyes of others, MacLean accomplishes the tricky task of giving a monster pathos of his own.