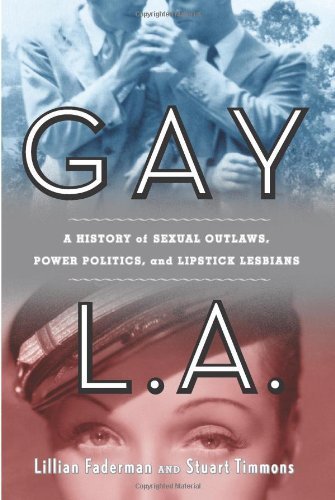 This social, political and cultural history of lesbian and gay life in Los Angeles by two seasoned historians is easily the subject's definitive work. Presenting a wealth of fact and analysis, Faderman ( ) and Timmons ( ) breeze through the highlights of L.A. gay history. They begin with the suppression of Native Americans' sexual and gender expression by 16th-century Spanish missionaries, before exploring how gender-bending Hollywood stars such as Garbo and Katharine Hepburn shaped popular culture in the 1930s; the emergence of gay public places during the '40s and '50s; and the influence of gay religious groups in the 1970s. While much gay history has centered on white gay men, the authors add important material about the vital role of lesbians and people of color, such as Helen Sandoz and Anne Carll Reid, who worked to bridge the gender gap in 1950s homosexual politics. Although this popular history doesn't strive for academic comprehensiveness, it's filled with illuminating facts—such as that gay men rioted and protested for several days after police raided the Black Cat bar in 1967, two years before the Stonewall Riots in New York. 16 pages of b&w photos.