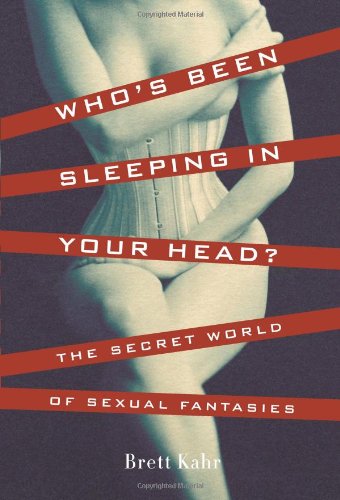 Who's Been Sleeping in Your Head?: The Secret World of Sexual Fantasies

According to London psychotherapist and clinical researcher Kahr, virtually every sexually mature adult generates sexual fantasies that fulfill a wide variety of often unconscious psychological needs. What is the stuff of British and American erotic fantasies? Rape, infidelity, homosexuality, pedophilia, incest and, apparently for some Brits, kinky sex with the queen and Margaret Thatcher. For a 2005 British television documentary on the subject, Kahr collected data from 13,000 adults via a computer-administered questionnaire, supplemented with 122 face-to-face interviews. In 2006, he also surveyed approximately 3,000 American men and women. A building contractor's strip-poker masturbatory fantasy, says Kahr, signifies hostility toward women, tracing back to a father who quickly remarried a “hottie” after his young wife's death. A heterosexual woman's lesbian fantasies represent an attempt to recreate a family unit in which parents wield a more benign sexuality than her own abusive parents did. A happily married costume designer's fantasies turn unpleasant memories of sexual abuse by a learning-disabled older brother into a highly arousing experience. Some will no doubt find the subject matter titillating, but Kahr approaches his interviewees with respect and decorum. His prose is unabashedly enthusiastic and sometimes overwritten, and although his analyses are perceptive, the material is mostly familiar and unsurprising.