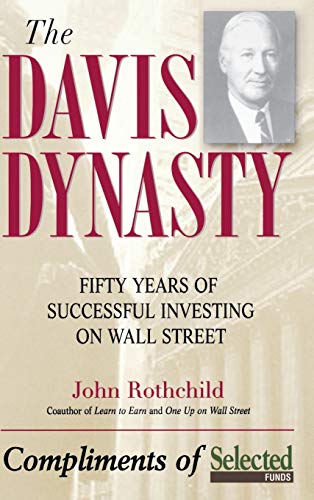 In 1988, Shelby Davis was listed as one of the 400 richest Americans by magazine, with assets of $427 million, which had grown from $50,000 in 40 years of investing in insurance company stocks. The same year, his son, also named Shelby Davis, made the Honor Roll for reliable mutual fund investments. Four years later, members of the third generation, Andrew and Chris Davis, joined the family business: Chris working for his father, managing mutual funds, while Andrew managed his grandfather's personal holdings. The elder Shelby Davis, who died in 1994, emerges as the most intriguing character in this family saga: before turning to investing in midlife, he was an author and political player; in his later years he became a prominent philanthropist and ambassador to Switzerland. He embroiled the family in tabloid headlines in the early 1960s by attempting to give his daughter's trust fund to Princeton University without telling her. Unfortunately, Rothchild was unable to get much insight into these characters either through documentation or interviews. The younger Davises cooperated with the book, but lead less broad and colorful lives than their progenitor. The result is a gentle and superficial family saga interspersed with common sense investment wisdom applied to 50 years of financial history.

One Up on Wall Street