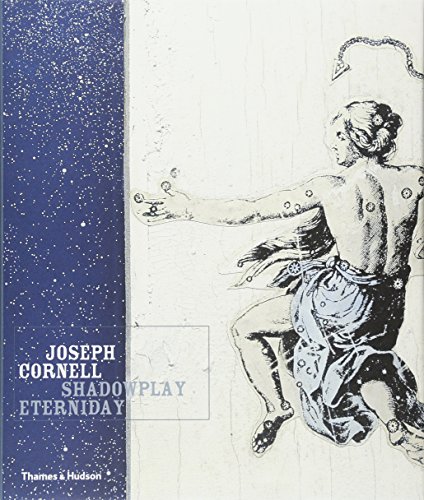 The title of this extensive survey of Joseph Cornell's work, which ranges from his early collages to his famous "boxes," is drawn from Cornell's own designation for a concept of time indicating the eternal within the everyday. This idea very much informs the attitude of the various contributors to the volume—which comes with a DVD-ROM (not seen by ) and is published to celebrate the 100th anniversary of Cornell's birth—who concentrate more on the mystical and emotional aspects of Cornell's work, as opposed to the conceptual or technical. While this inevitably leads to a preoccupation with Cornell's religious and sexual preferences, it also lends a charming accessibility and warmth to the text. The contributors do not hesitate to infuse their comments on individual pieces with their own personal experience with the work, which should particularly help neophytes of Cornell's work understand his appeal to such a broad spectrum of viewers. On Cornell's "Untitled [ 'Dovecote' American Gothic]," Hartigan writes, "I placed this box by my favorite chair, and over the years came to experience a serene sense of comfort and companionship embodied in the simple whitewashed habitation." More than 200 color illustrations of Cornell's work (along with 30 b&w) are placed against black backgrounds and categorized into topics meant to reflect Cornell's own fascinations, such as "Chests and Cabinets," "Habitats," "Aviaries" and "Celestial Navigation Variants." While the darkness of the backgrounds conveys to a certain extent the mysteriousness of Cornell's work, it also obscures some of the more shadowed pieces, and the categories, occasionally only three or four pages long, can seem arbitrary and exclusionary. However, the sheer sumptuousness of the reproductions and the personal enthusiasm of the authors, along with Cornell's own undeniable mystique, does much to overcome this, making the volume a fine introduction to an often misunderstood artist.