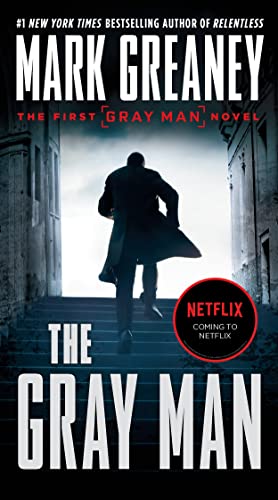 In Greaney's fast-paced, fun debut thriller, Court “The Gray Man” Gentry, a former CIA operative now renowned as the ultimate killer for hire, is on the job in Syria and Iraq. To his shock, he learns that a team sent in to rescue him now has him targeted for elimination. On the run, Gentry slowly realizes that huge forces are marshaling against him, from his former government to the one man in England he always trusted. With unbelievable powers of survival, the Gray Man eludes teams of killers and deadly traps, while the reader begins to cheer for this unlikely hero. Cinematic battles and escapes fill out the simplistic but satisfying plot, and Greaney deftly provides small details to show Gentry's human side, offset by the petty rivalries and greed of his enemies.