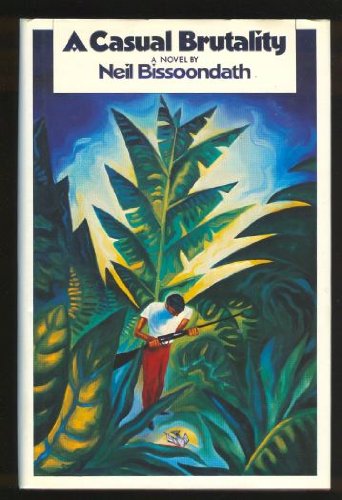 Setting an ominous tone from the first page, Bissoondath ( Digging Up the Mountains ) develops this powerful novel with consummate skill. He creates a picture of a fictional Caribbean island on the verge of chaos, and of one man in exile from his heritage, caught between two alien worlds. Raj Ramsingh is a 35-year-old physician who took his medical training in Canada, then returned to Casaquemada; now he is leaving the island for good. In oblique, beautifully nuanced flashbacks, we come to understand the circumstances that have tinged his life with ``the darkening rubble of shattered dreams.'' Using the Ramsingh family as a microcosm of the island culture, Bisoondath depicts a society as rigidly ruled by caste as the India of Raj's ancestors. Successful businessmen and professionals, the Ramsinghs disdain blacks, and other Indians who have not prospered. ``We recognized a racial brotherhood, but we saw too in them a version of ourselves as we might have been, and this earned them our distrust and our contempt.'' Raj's ruthless cousin Surein typifies the disintegration of values in a family that prides itself in its high character and good breeding. On Casaquemada moral corruption is occurring at breakneck speed; the prosperity of the oil boom has succumbed to the politics of greed. The country is in shambles. For Raj, the free-floating violence will take a tragic toll. Bissoondath's bleak, despairing picture of this world is particularized by indelibly vivid characters and minutely observed detail. Writing in tightly controlled yet supple prose, conveying the true island patois, he constructs his narrative in fragments that build to a nightmarish intensity as irrevocable as the forces he describes. His view of man's inhumanity to man is sad rather than cynical; finding racism in Canada as well as Casaquemada, Raj understands that it exists everywhere. At the end of the novel, he muses ``I go, like my forebears, to the future, to the challenge that lies elsewhere of turning nothing into something . . . . '' But the passage does not ring with hope; rather, it is the futility of hope that we read between the lines. This is a book that can make a difference in the way we perceive the modern world. (Feb.)
close
Details