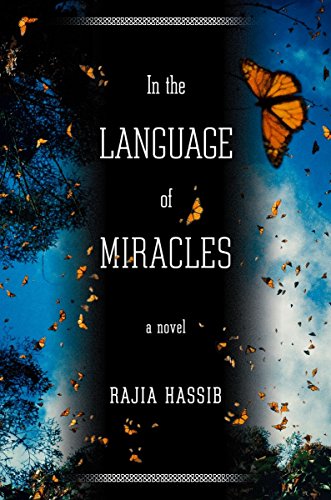 In the Language of Miracles

A family reckons with tragedy amid a storm of suspicion in Egyptian author Hassib’s debut novel. Set in the early aughts, the story centers on the Al-Menshawys, an Egyptian family living in suburban New Jersey whose lives were irrevocably changed when Hosaam, the family’s despair-ridden eldest son, killed himself and his ex-girlfriend, Natalie, the daughter of the Bradstreet family, who lives next door to the Al-Menshawys and were once their good friends. As the anniversary of the tragedy approaches, as well as a memorial organized by the Bradstreets, memories of the incident affect each of the Al-Menshawys differently. Patriarch Samir wants things to return to normal, while Nagla, his wife, descends into a spiral of self-blame. Khaled, their teenage son, distracts himself with the migration patterns of monarch butterflies, which he sees a metaphor for his own parents’ flight from Egypt to the U.S., and “the fascinating possibility of finding the way back to a home that one has never known,” while his younger sister, Fatima, turns toward traditional Muslim customs. The reader may wish Hassib had introduced more conflict and complexity into the plot, but the novel offers fascinating insight into the lives of American Muslims, and the prejudice with which they contended in the years after 9/11. Agent: Lynn Nesbit, Janklow & Nesbit Associates. (Aug.)
close
Details