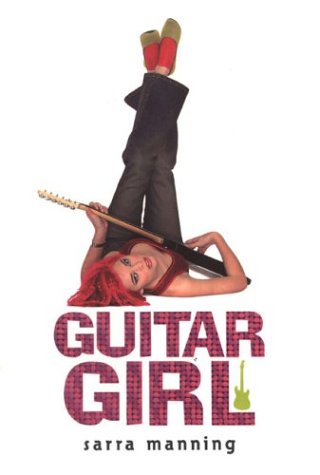 Manning's first novel may be predictable, but Molly Montgomery's compelling voice will pull in readers as she chronicles her quick rise to pop star fame with her British band, The Hormones. Though the premise shares some similarity with this season's by Rachel Cohn, this novel delves into the dynamics of band life. As the book opens, Molly explains that she is "nineteen years old, and... being sued" by her record company, and goes on to recount the deceit, disasters and drama that led her to this point. Inspired by her heroine, Ruby X, Molly and her friends want to be part of a "girl revolution" by starting a band. But when two male musicians bully their way in, they improve—and quickly get signed by a manager. At first, Molly, the lead singer and main songwriter, battles with her wary parents and the competitive, "jerky" guitarist Dean. But her problems only intensify with the band's success. Readers won't be surprised when Molly and Dean secretly become a couple, her manager shows his true colors, or party-girl bassist Jane lands in the hospital with an overdose. But the audience will be swept along; as Molly faces embarrassing interviews, competition with her bandmates and grueling bus rides on tour, she finds it "harder and harder to remember the pure intentions I'd had when we started the band." Her sympathetically naïve voice belies the hard exterior she wears like armor. Materials such as magazine articles and reviews are embedded throughout, adding fun diversion as well as authenticity. Ages 12-up.