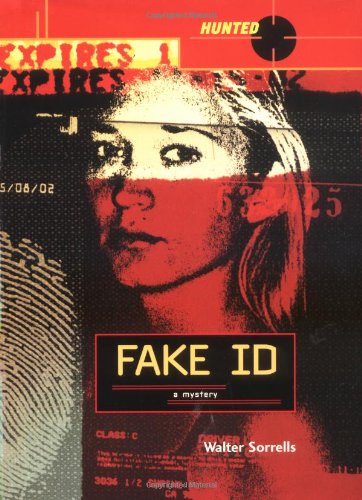 Sixteen years on the run with her mother, constantly changing addresses and names, finds ""Chastity Pureheart"" or ""Chass"" in the town of High Hopes, Ala., in Sorrell's first young adult novel, the inaugural book in his Hunted series. Despite Chass's closeness to her mother, she still doesn't know what they are running from, her real name or who her father is. On her 16th birthday, Chass's best friend, Ben, gives her a new guitar, an instrument she's been practicing and playing in secret (for reasons not yet known, Allison, Chass's mother, won't allow music of any kind in their home. A fight between mother and daughter ensues, and Allison disappears. An investigation turns up a pool of blood in a dilapidated house outside of town, with Allison's car abandoned outside. Chass refuses to believe her mother is dead, and seeks answers, with the help of Ben and the sheriff's daughter, Brittany. But the sherriff and Ben's father seem to be linked to an unsolved murder from way back. Who can Chass trust? Chass believes she must solve this mystery in order to learn what has happened to her mother. Sorrell's story is gripping and intelligent, even if a few strands of the plot stretch credibility (e.g., why does Chass trust the sheriff's daughter?) and he believably conveys teenage dialogue and emotion that never come across as trite or condescending. ""The bank manager had the look of the sort of guy who would have a hard time saying no to a crying girl. I thought about faking it. And then suddenly it hit me. This wasn't a fake situation.... I really was a sixteen-year-old girl, alone in the world, who needed to get into that safe-deposit box. I started bawling."" Readers will race through the pages to uncover the answers to Chass's many questions. Ages 12-up.
close
Details