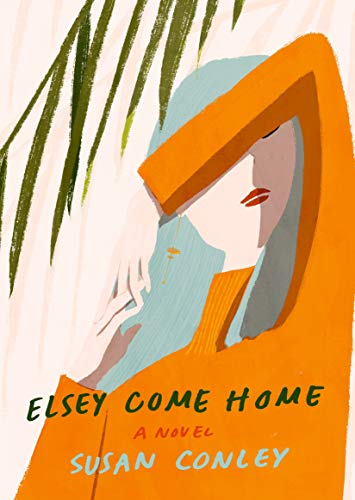 Probing questions about how to balance motherhood, a career, marriage, and a drinking problem resonate throughout Conley’s excellent novel narrated by an American painter looking back on her past few years in China, which were mostly spent teetering on the verge of a breakdown. When Elsey’s Dutch husband, Lukas, suggests she attend a weeklong spiritual retreat, Elsey begrudgingly capitulates to save their crumbling marriage. But the experience isn’t as woo-woo as she expects. Instead, while learning to weather the dreaded “Talking Circle” and enduring the day of silence, she alternates between closing herself off from her emotions and ruminating on her demons, including the death of her younger sister when they were children, and her inability to “understand how to be obsessed with [her] children and obsessed with [her] painting at the same time.” Elsey also befriends Mei, an esteemed painter married to another esteemed painter, whose frankness about feeling trapped in a restrictive country and marriage gives Elsey perspective. Though Elsey continues to falter and obsess over past decisions after returning home, her growing ability to tackle previously insurmountable challenges (her daughter’s appendicitis, a visit to her childhood home, AA meetings, a return to painting) proves she is slowly learning how to “be a different kind of mother. A different kind of wife.” Conley (Paris Was the Place) hits the mark on a story line that feels both high-stakes and fine-tuned. But it’s the raw desperation of Elsey’s inner dialogue that elevates the novel, making for an honest and astute depiction of the human psyche. (Jan.)
close
Details