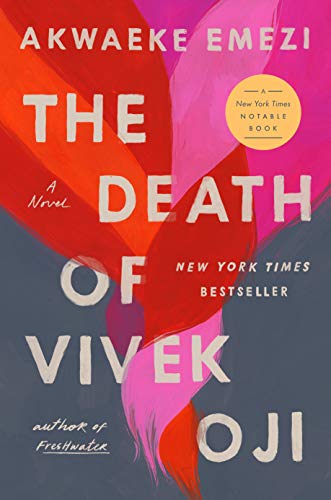 The Death of Vivek Oji

Emezi returns to adult fiction (after YA novel Pet) with a brisk tale that whirs around the mysterious death of a young Nigerian man, Vivek Oji. As a child in the 1990s, Vivek secretly identifies as a girl, the psychological strain of which causes Vivek to slip into blackouts. Only his close male cousin, Osita, recognizes the seriousness of these fugue states. (Vivek’s parents dismiss them as “quiet spells.”) As a teenager, Vivek grows his hair long in defiance of gender expectations, and Emezi affectingly explores the harm of threats to Vivek’s gender expression from other boys and men, who sling insults and glass bottles at him on the street. As Vivek finds solace in his female friends and Osita, he discovers he is not the only one with secrets. After his death, the heartbreaking details of which are gradually revealed, the other characters learn more about his secret life . While Emezi leans on clichés (“hit me in the chest like a lorry”) and two-dimensional supporting characters, they offer sharp observations about the cost of transphobia and homophobia, and about the limits of honesty in their characters’ lives. Despite a few bumps, this is a worthy effort. Agent: Jacqueline Ko, Wylie Agency. (Aug.)

Correction: An earlier version of this review did not use the author's preferred gender pronouns.