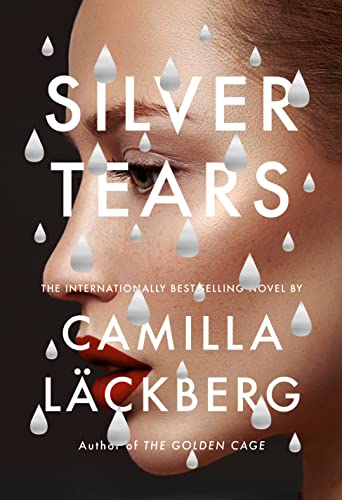 In 2020’s The Golden Cage, Stockholm housewife Faye Adelheim, who sacrificed her own career for her entrepreneur husband, Jack, who belittled and humiliated her for years, succeeded in destroying his business and framing him for the apparent murder of their daughter, Julienne. Two years after, in Swedish crime queen’s Läckberg’s rip-roaring sequel, Faye, whose cosmetics company, Revenge, has made her wealthy, is living incognito in a tiny Italian village with her mother, Julienne, and Kerstin, her best friend and business associate. But soon rumors disrupt paradise. Jack and another convict escape from prison, women owning shares in Revenge are selling them and threatening a takeover, and a dogged policewoman is reexamining the case of Julienne’s supposed murder. Läckberg intersperses Faye’s struggle to preserve Revenge and her secrets with scalding scenes from Faye’s youth in the town of Fjällbacka, where she saved her mother and herself from her father’s brutal sexual abuse. In the present, Faye enjoys eye-popping sexual adventures and an appealing new lover, David Schiller, while she enlists the loyal support of former female rivals to strike back at her enemies. This tribute to lusty sisterhood is a must for Scandi noir fans. Agent: Joakim Hansson, Nordin Agency (Sweden). (July)
close
Details