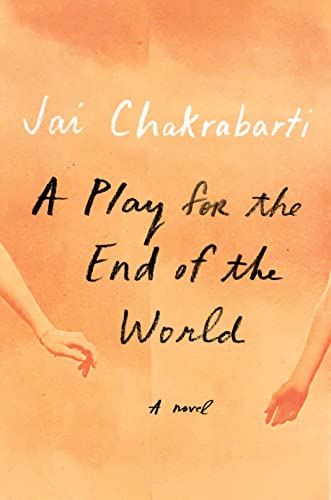 A Play for the End of the World

The historical performance of a Tagore play by a group of children in a 1942 Warsaw Ghetto orphanage inspired this arresting debut from Chakrabarti. In a prologue, nine-year-old Jaryk prepares to perform Tagore’s Dak Ghar, which is about a terminally ill boy and was chosen by the orphanage’s teacher as a way to prepare for the horrors to come. Chakrabarti then jumps to 1972, when Jaryk flies from his home in New York City to Calcutta to retrieve the remains of his best friend Misha, his mentor at the orphanage, from a small village. Misha, who died of a heart attack, was there to stage a 30th-anniversary production of Dak Ghar, which also resonates with those impacted by the Bangladeshi refugee crisis. Details of the children’s doomed deportation from the orphanage to Treblinka emerge, along with the story of how Jaryk had escaped from the S.S. and survived in the woods with skills Misha had taught him. In India, Jaryk gets swept up in the production Misha left behind, oblivious of the turbulent local politics that drove the play’s production. Chakrabarti moves the reader seamlessly through the nonlinear narrative and brilliantly conveys Jaryk’s survivor’s guilt from WWII, which is doubled by the loss of Misha. This trenchant story will move readers. Agent: Julie Stevenson, Massie & McQuilkin Literary Agents. (Sept.)

An earlier version of this review incorrectly summarized Dak Ghar and mischaracterized elements of the plot involving one of the characters.