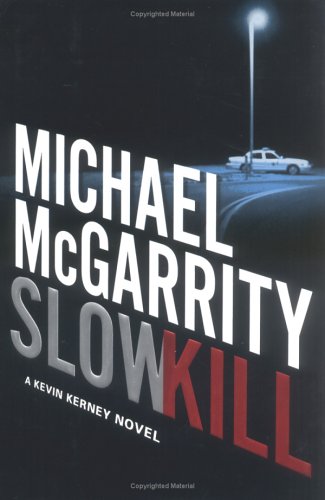 In McGarrity's latest Kevin Kerney procedural, Kerney, police chief of Santa Fe, N.Mex., is drawn into a messy murder investigation while vacationing at a California ranch. A wealthy hotel magnate, Clifford Spalding, dies of poisoning in the guest room next to Kerney's. Finding himself a suspect, Kerney decides to pursue the case on his own for a few days, uncovering some peculiar circumstances and characters in Spalding's background. They include an unfaithful trophy wife and her shady boyfriend, a deranged and bitter ex-wife and a missing son who presumably died in Vietnam 30 years ago, as well as a couple of police officials who are not as forthcoming as one would expect. Within a few days, Kerney is cleared by California authorities and returns home to more familiar ground. But because of the case's Santa Fe connections, he and his stable of detectives continue the pursuit. As in McGarrity's eight previous Kerney novels ( etc.), the author excels at detailing police procedures as well as creating a homespun, wry tone that suits setting and characters. His action sequences are shakier, however, and several highly dramatic moments—the arrest of the main suspect, her release and eventual capture—are flat and hurried. A bit more attention to pacing and momentum could give this appealing series a needed shot of adrenaline.