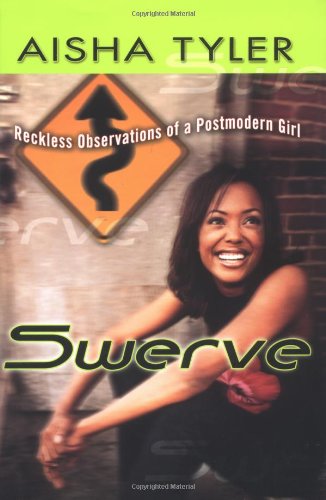 Like an older sister who has life all figured out delivering a motivational speech, 33-year-old actress and comedian Tyler digresses, in a stand-up comedy approach, on popular culture, guys, personal hygiene, Sun Tzu's (as a metaphor for dating) and how to be yourself in today's media-inflated world. Tyler, the first woman and first African-American to host E! Entertainment's , is clever (although she fervently denies it), confident and very modern. Unabashedly honest and optimistic, she reveals what makes her tick, dishing on how to live by mottoes such as "You are entitled to be a badass." Tyler is so hip, however, that conventional writing structures don't exactly apply to her book. Countless meditative, incomplete sentences, words such as "fergawdsakes," italics, witty footnotes and parenthetical commentaries on her own observations are all quite "postmodern," but do nothing to discredit negative 20- and 30-something stereotypes. Although the author possesses a degree in government from Dartmouth College, her writing comes right out of her mouth, clearly targeted toward the everygirl. But she produces an entertaining light read, attuned to what she presumes her readers want to talk about, down to the gritty topics of sex, dirty jokes, bikini waxing and boys. Of body image, the six-foot-tall beauty says, "Looking at celebrities as role models... is a big fat waste of time," and reminds women that "Guys. Like. Curves," acknowledging that she appeared in the Hot 100 in her underwear.