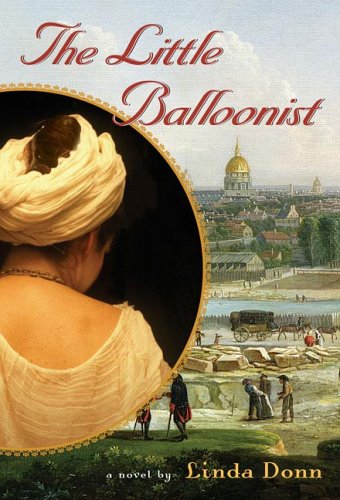 Set in Napoleonic France, Donn's whimsical first novel (after her nonfiction book ) charts the course of Sophie Armant Blanchard, one of the world's first female aeronauts. The author weaves fact with a fairy tale touch in this historical romance, which follows Napoleon's rise to power as it celebrates Sophie's stratospheric ascents. At 16, her marriage to Jean-Pierre Blanchard, a much older, wealthy balloonist, lifts her from poverty but rends her from her childhood sweetheart, André Giroux. Sophie convinces Jean-Pierre to let her fly with him as a publicity stunt and finds she revels in flight—where her husband feels mostly fear. Her celebrity quickly eclipses his, and when the newspapers announce her first solo flight, she comes to Napoleon's attention for her courage and delicate beauty. Jean-Pierre dies of a stroke, and Sophie, who has clung to memories of André (now a noted faith healer) throughout her loveless 15-year marriage, waits for her beloved's return while she fends off Napoleon's amorous advances. Before her tragic end, Sophie enjoys a joyful reunion with André and an appointment as the empire's official balloonist. As pretty and slight as its heroine, Donn's novel breezes gently across her remarkable life.