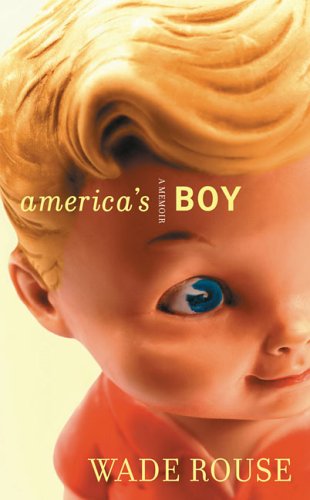 The tacky environs of the Missouri Ozarks in the 1970s set in relief a budding gay sensibility in this funny, affecting, overripe memoir. Wearing his mother's bikini and pearls to a mock beauty pageant at age five, winning office in his high school's Future Homemakers club, feigning romantic interest in a string of female beards, Rouse was hopelessly out of step with the redneck masculinity urged on him by taunting classmates and despairing relatives. Fortunately, he had a charmingly offbeat family, led by two warmhearted grandmothers, who accepted him as he was (without asking too many questions) and left him with a trove of glowing memories. The plight of a queer soul fighting for life in rural America is familiar literary terrain, and Rouse renders it as a duel between flamboyant camp and white-trash kitsch. He amplifies his inner turmoil with a weepy confessional tone, obsessing about his compulsive overeating, body issues, hair issues and gross bathroom issues, and sobbing endlessly over emotional travails. In the end, the narrative lapses into a clichéd coming-out melodrama. But when Rouse looks away from the mirror to the people around him, the book comes alive with tender portraits of kitsch and kin. Photos.