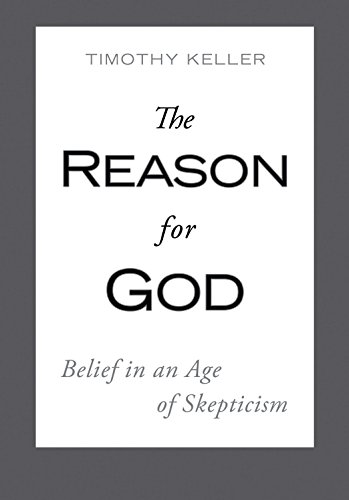 The Reason for God: Belief in an Age of Skepticism

In this apologia for Christian faith, Keller mines material from literary classics, philosophy, anthropology and a multitude of other disciplines to make an intellectually compelling case for God. Written for skeptics and the believers who love them, the book draws on the author’s encounters as founding pastor of New York’s booming Redeemer Presbyterian Church. One of Keller’s most provocative arguments is that “all doubts, however skeptical and cynical they may seem, are really a set of alternate beliefs.” Drawing on sources as diverse as 19th-century author Robert Louis Stevenson and contemporary New Testament theologian N.T. Wright, Keller attempts to deconstruct everyone he finds in his way, from the evolutionary psychologist Richard Dawkins to popular author Dan Brown. The first, shorter part of the book looks at popular arguments against God’s existence, while the second builds on general arguments for God to culminate in a sharp focus on the redemptive work of God in Christ. Keller’s condensed summaries of arguments for and against theism make the scope of the book overwhelming at times. Nonetheless, it should serve both as testimony to the author’s encyclopedic learning and as a compelling overview of the current debate on faith for those who doubt and for those who want to re-evaluate what they believe, and why.