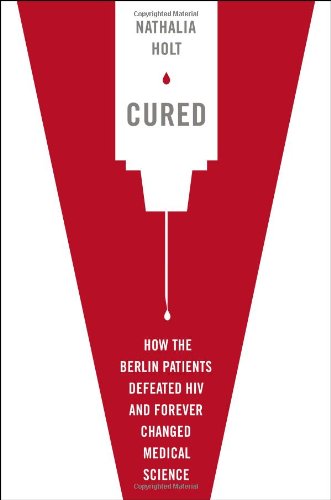 HIV researcher Holt relates how two HIV-positive men together upended the treatment for the virus that causes AIDS, and helped save countless lives. The two “Berlin patients,” as they became anonymously known in medical literature—German-born Christian Hahn and American Timothy Brown—never knew each other. But in this accessible and fascinating account, Holt, a research scientist trained at MIT and Harvard, juggles genetic mysteries, research perils, the agonies of these two reserved and sensitive men diagnosed with what was considered a death sentence, and the dogged doctors who successfully treated them during the later stages of AIDS epidemic—Hahn, in 1996, with early drug therapy and an experimental cancer drug, and Brown, in 2008, with a stem-cell transplant. Holt’s narrative brings to light the remarkable early breakthroughs in treating a once fatal condition, but for the Berlin patients, “it wasn’t a cure that anyone would want.” By themselves, Holt notes, “the Berlin patient cases were anomalies... invitations to fulfill... the promise that HIV can be cured.” Their stories, however, are not just memorable for HIV patients, doctors and scientists, but for a society that believes in the importance of their struggles and hopes for their success. Agent: Laurie Abkemeier, DeFiore and Company. (Mar.)
close
Details