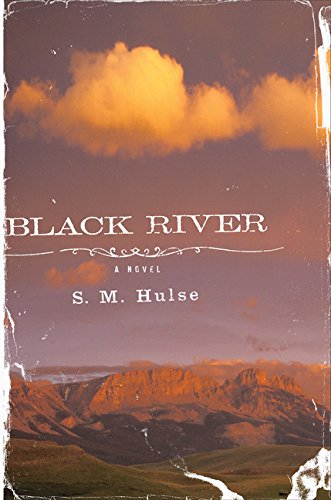 This top-of-the-line modern American Western debut explores the themes of violence, revenge, and forgiveness with a sure hand. Security guard Wes Carver, age 60, lives in Spokane, Wash., with his wife, Claire. When she dies after a lengthy battle with leukemia, he fulfills her request to transport her ashes to their first home of Black River in the Montana outback. His 34-year-old stepson, Dennis Boxer, a successful farrier, puts up Wes at the old homestead despite the history of acrimony between the two men. Black River is a “prison town” where the majority of its residents are employed by the Montana State Prison operating there. Two decades before, when Wes lived in Black River and worked as a correctional officer, a prison riot erupted, led by sadistic thug Bobby Williams, and Williams tortured the captive Wes for 39 hours before rescuers arrived. Williams, who has been a born-again Christian and model inmate since the riot, is coming up for parole, and Wes intends to speak in opposition to it. Meantime, Wes, also a man of faith, has a moral struggle over accepting the sincerity of his former tormentor’s religious conversion. Events take a darker, more tragic turn before any hope for a resolution can arise. From the bluegrass theme to the Western rural setting, Hulse handles his story like a pro. (Jan.)
close
Details