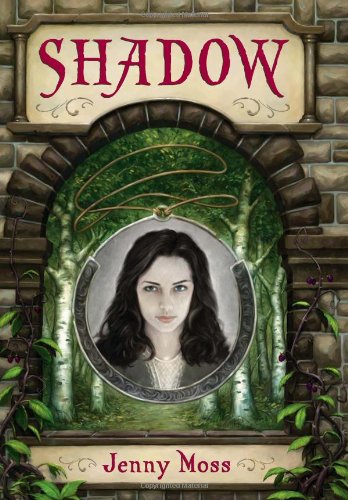 Moss ( ) slips off target with a stiff and colorless fantasy. Due to a prophecy that Queen Audrey will die before her 16th birthday, Shadow must spend her life by the vain and selfish Audrey's side, though she's not exactly sure why (“My role.... was established long ago and no one dared question it now”). When Audrey is poisoned shortly before the fated birthday, Shadow is swept into hiding by the queen's suitor, Sir Kenway. Kenway reveals he's been sworn to keep Shadow safe and bring her to a witch in the mountains. Shadow discovers that the regent, the queen's cousin, is corrupt, and the country is slowly dying because the resident nature spirit is in mourning; naturally, Shadow is the only one who can solve both of these problems. Although the basic story has promise and some interesting mystical elements, the characters are flat and unsympathetic, and the romantic pair have scant chemistry. Shadow is passive, selfish, and apathetic throughout the story, distancing readers from what could have been a transformative journey of forgiveness and redemption. Ages 10–18.