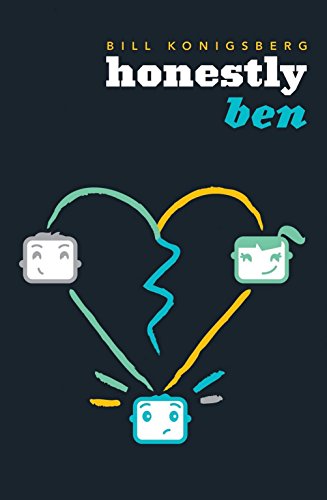 Seventeen-year-old Ben Carver is under a lot of pressure. He’s having a hard time in calculus, a subject that could torpedo his stellar GPA and ruin his chances at receiving the prestigious Pappas Award, which would look fantastic on his college résumé and provide a needed scholarship. He’s also having difficulty with Rafe Goldberg, his gay former friend (with whom he got quite close in Konigsberg’s Openly Straight), and might be falling for a girl named Hannah. The trouble is, Ben is in love with Rafe, but he can’t accept the idea of being in love with a boy. Ben isn’t homophobic, but that doesn’t make it any easier for him to see himself—captain of the baseball team, son of a farmer—as gay or even bisexual. Konigsberg again realistically explores what happens when one’s self butts up against the world’s expectations and assumptions. Ben refuses to be labeled, and the result is a refreshingly honest exploration of modern relationships and an understanding that love can take many shapes and forms. Ages 14–up. Agent: Linda Epstein, Emerald City Literary. (Mar.)

This review has been corrected to remove an extraneous word.