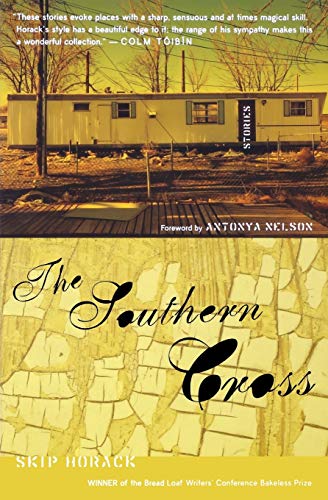 This collection vividly depicts life on the pre- and post-Katrina Gulf Coast. In “The Journeyman,” Clayton, reluctantly preparing to head out for a three-month stint of work in South America, meets a young girl, Kenyatta, who warns him that God and Jesus are going to punish the people of New Orleans and destroy the city. Amused by her earnest warning, Clayton chuckles and thanks her for the heads up. In “The Redfish,” Luther, recently released from prison after a wrongful murder conviction (he has committed murder, just not the one he was convicted of), gets tangled up with a no-good woman and ends up bound and gagged with his now-ex-girlfriend’s mother in her trailer as Katrina approaches. In “Junebelle,” June, a reclusive widow unhappily stuck in a Baton Rouge retirement home after her well-meaning daughter installed her there, avoids interaction with the other residents and spends much time in fond remembrances. Throughout, water is a force, at times standing in for death, at others for peace and beauty. Horack takes in a wide swath of varied characters and finds the common humanity in their struggles.