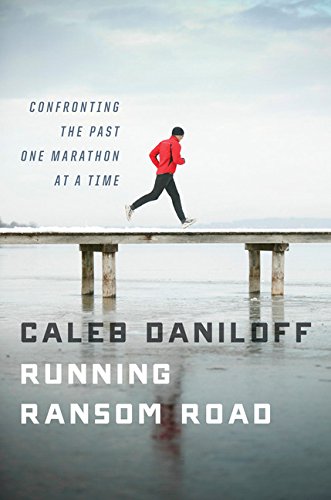 Running Ransom Road: Confronting the Past, One Marathon at a Time

Unlike those who embraced a certain faith or occupation to find redemption, Daniloff, a writer for Runner’s World and the Boston Globe, took up a sport, running, to defeat booze, drugs, and chronic partying before discovering an emotional balance in himself, in his memoir. Once sober after a 15-year drinking spree, Daniloff battled several demons in his personality, going from shyness and self-loathing to crippling panic attacks and self-doubt, until he strapped on running shoes in 2009: “But when I took up running, I found not only a central pattern in my life, but a forum in which to confront myself.” Each race challenges and strengthens him within, drawing him into a healthier, more positive consciousness while overcoming the lung-burning courses of the Boston Marathon, the Middlebury Maple Run, the Asics Moscow International Peace Marathon, and New York City Marathon 11. Undergoing a critical introspection in dissecting his former “reckless and selfish” self, he completes seven marathons in 18 months, breaking though the mental wall that previously stood between him and the outside world. This is a vital, honest, and arresting account of one flawed runner’s emotional and spiritual renewal with each step toward the finish line. Agent: Wendy Sherman, Wendy Sherman Associates. (Sept.)
close
Details