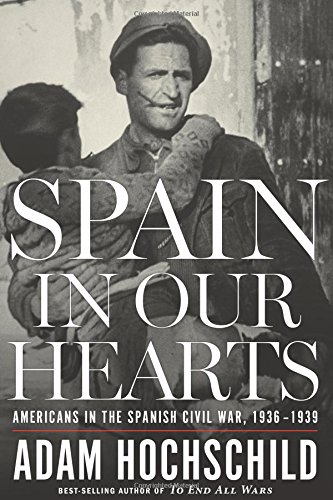 Acclaimed popular historian Hochschild (To End All Wars) shares tales of some of the roughly 2,800 Americans who participated in the Spanish Civil War and relates the experiences of the two most notable journalists to cover it, Ernest Hemingway and George Orwell. He shows how the war was a brutal, cruel mismatch from the beginning, with Franco’s fascist forces strengthened by 80,000 Italian troops supplied by Mussolini, as well as weapons and airplanes provided by Hitler in exchange for war-related minerals (copper, iron ore, and pyrites). Additionally, Hochschild uncovers the story of how Texaco, headed by an admirer of Hitler, Torkild Rieber, provided Franco with unlimited oil on credit, shipped it for free, and supplied invaluable intelligence on tankers carrying oil to the Republican forces. The Republicans, meanwhile, embargoed by France, Britain, and the U.S., used antiquated weapons, including American Winchester rifles manufactured in the 1860s. Hochschild is an exceptional writer; his narrative is well-paced, delivered in clear prose, and focused on important and colorful details of the historical moment. Volunteers from around the world, including the Americans (a quarter of whom died), correctly saw the Republican cause as a last-ditch effort to stop fascism before it spread across Europe, and Hochschild tells their story beautifully. Maps & illus. Agent: Georges Borchardt, Georges Borchardt Inc. (Mar.)
close
Details