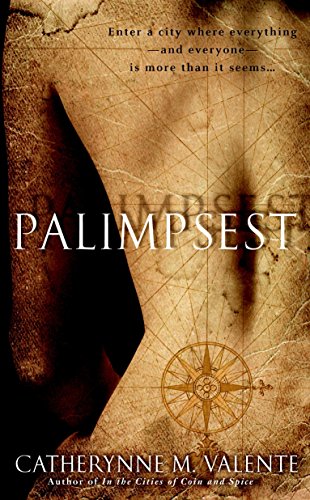 Four strangers are bound together in adventure, love and occasional sorrow in this parable from Tiptree winner Valente ( ). The city of Palimpsest exists somewhere outside our reality, accessible only during the sleep that follows sex. The “immigrants” to Palimpsest, marked forever by the tattoo-like impression of a map on their skin, seek out one another for real-world sexual adventures that function as passports to new otherworldly quarters. In outstandingly beautiful prose, Valente describes grotesque, glamorous creatures sometimes neither human nor animal, alive nor dead, and mortal travelers who pursue poignant personal quests to replace the things (and people) they've lost. Valente's fondness for digression at times makes for a difficult read, and her fable of quest and loneliness is less an engrossing fairy tale and more a meticulous travelogue of a stranger's dream.