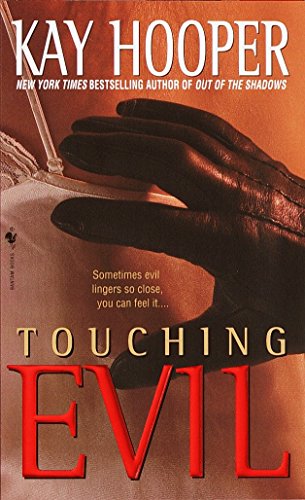 The first installment of Hooper's "Evil" series capitalizes on the popularity of her gothic "Shadows" thrillers (; ) but will disappoint readers who are longing for more than a simple retelling of a familiar plot. When two seers, an empath and a ghost join forces to rid Seattle of a monster, two predictable things occur: the characters spend more time trying to convince skeptics of their powers than solving the case, and the heroine, Maggie Barnes, becomes one of the fiend's next targets. Maggie is a talented police sketch artist and a troubled empath. Although her ability to experience another's pain enables her to sketch an uncanny likeness of a perpetrator's face, she's unable to draw the face of a rapist who removes his victims' eyes, wears a mask and covers his natural odor with Ivory soap. Frustrated by the police's lack of progress, John Garrett, the wealthy and well-connected brother of one of the victims, recruits two FBI agents who possess special psychic abilities. The lack of communication between the police, John's team and Maggie is frustrating, and for all the novel's buildup, the final unmasking of evil is anticlimactic. A romantic interlude between Maggie and John lends the story a degree of warmth, but not enough to lift this paranormal thriller above the tepid.