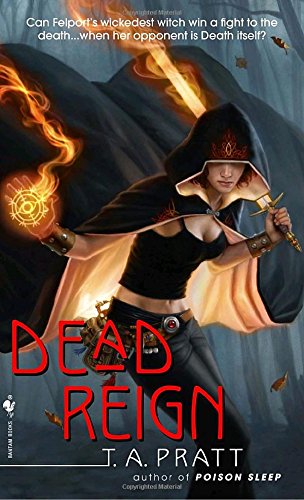 The complex, funny and powerful third entry in Pratt’s urban fantasy series (after 2008’s ) pits kick-ass sorceress Marla Mason, the guardian of East Coast metropolis Felport, against the newly reincarnated king of the underworld, a handsome and lusty fellow who calls himself Walking Death. He invades her territory in human guise and demands her prized artifact, a magical dagger that symbolizes her office and can cut through anything as long as its rightful owner wields it. When she refuses and Walking Death discovers that the weapon can’t be seized by force, he exiles her and takes over the city. While a few unpredictable allies start an underground resistance, Marla turns the tables on her enemy by launching her own invasion of Hell. Pratt’s writing is wildly imaginative, with roller-coaster pacing and startling twists galore.