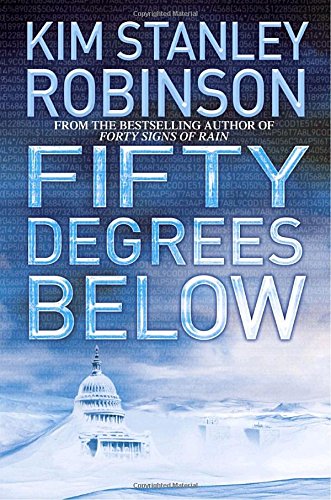 Earth continues its relentless plunge toward environmental collapse in Robinson's well-done if intensely didactic follow-up to (2004). As a result of global warming, the Gulf Stream has stalled, and when winter comes, impossibly frigid temperatures hit the Eastern Seaboard and Western Europe. As people starve, multinational corporations explore ways of making a profit from the disaster. When Antarctica's ice shelves collapse, low-lying island nations quite literally slip beneath the rising waters. In Washington, D.C., clear-sighted scientists must overcome government inertia and stupidity to put into effect policies that may begin to salvage the situation. An enormous fleet of ships is dispatched to the North Atlantic to dump millions of tons of salt into the ocean in the hope of restarting the Gulf Stream. This ecological disaster tale is guaranteed to anger political and economic conservatives of every stripe, but it provides perhaps the most realistic portrayal ever created of the environmental changes that are already occurring on our planet. It should be required reading for anyone concerned about our world's future.