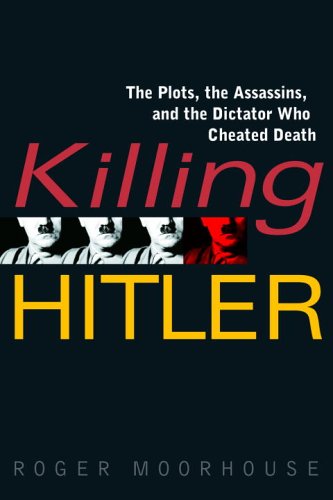 Killing Hitler: The Plots, the Assassins, and the Dictator Who Cheated Death

Although Hitler took his own life, there was no shortage of people who wanted, and attempted, to do it for him throughout his political career. Drawing on newly opened archives in Germany and elsewhere, British historian Moorhouse ( ) casts a wide net, chronicling failed assassination attempts by disaffected individuals in the early days of Hitler's reign, such as radical university student Maurice Bavaud, whose three easily thwarted tries in November 1938 got him guillotined; the efforts of a British group of James Bond–like spies armed with, among other things, "exploding rats"; and the well-known attempts of German officers, such as Hitler's architect Albert Speer. Moorhouse also brings to light little-known would-be-assassins, such as members of the Polish underground. Most of the assassination attempts Moorhouse describes failed because of poor planning; others fell victim to circumstance, while some may simply have been rumors, making for a compelling web of research, intrigue and conspiracy theory. Accessible prose, suspenseful narration and ample historical context make this a page-turner for WWII buffs as well as anyone with a passion for the underbelly of political power in one of the last century's darkest regimes.