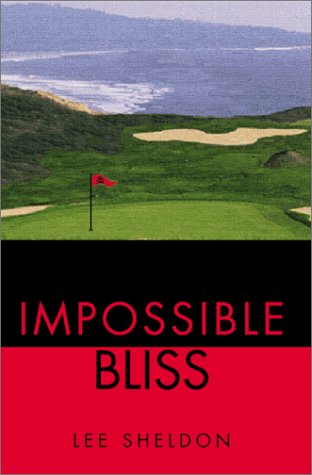 In his first mystery novel, Sheldon presents an "impossible crime" worthy in its "impossibility" of John Dickson Carr himself. On the seventh hole of the Carmel Bay Country Club, during his usual Wednesday morning foursome, lawyer Alex Wagner hits his ball into a low bunker. He appears to loft it nicely out onto the green where it ends up in the cup. To the surprise of his three golf buddies, Wagner doesn't climb out of the sand trap to gloat over his miraculous shot. When they finally look in the bunker, the man is gone. Later his body turns up in the bay miles away. A potential witness to this vanishing act is artist Herman de Portola Bliss, a notorious public nuisance, who was painting near the seventh hole at the time. Taking charge of the investigation, Dan Shepard, the easygoing new chief of the Carmel City (Calif.) police department, finds himself reluctantly playing Watson to Bliss, who has a natural gift for detective work. While some people want Wagner's murderer found, others don't. Since Shepard is new to the area, everyone keeps a dubious eye on the chief's performance, and Bliss doesn't make his job easier. A witty and graceful style, an unusual cast of characters and a mystery that baffles up to the last page bode well for future puzzlers from Sheldon. If this isn't the start of a series, it should be.