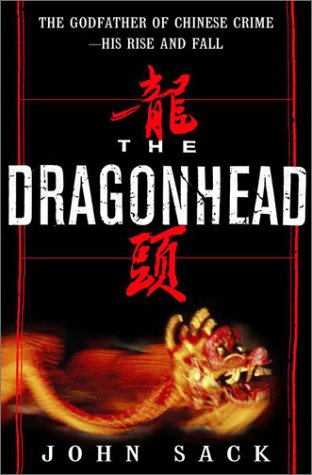 THE DRAGONHEAD: The Godfather of Chinese Crime—His Rise and Fall

This is a swiftly paced, artful account of one man's life in the Chinese Triads, one of the world's most secretive and dangerous criminal societies. Drawing from "one dozen years hang[ing] out with" Chinese gangsters, veteran journalist Sack (, etc.) offers a surprisingly sympathetic, muscular portrait of this reprehensible figure, one of a few Asian gangsters who distributed heroin worldwide after the Vietnam War. Johnny Kon was a Chinese everyman who (despite familial warnings to stay away from the long-entrenched Green Gang) became an enthusiastic criminal apprentice, under cover of the fur trade (he first prospered selling Chinese weasels to foreigners as minks). After his children were killed in the Cambodian War, Kon's intelligence and facility for navigating the American power structure allowed him to realize "his scheme to avenge his massacred children and to destroy the United States" via Triad encroachment upon the U.S. drug trade—the revered "Golden Mountain" for Asian gangs. Kon recruited the Big Circle, a violent clique of former Red Guards, and established a byzantine smuggling system that poured heroin (and eventually Bolivian cocaine) into the U.S. throughout the 1980s. But betrayals and disrespect within the gang led to many murders, and the DEA made Kon its top priority, ultimately wrangling a plea from him by indicting his entire family. Although the intrigue surrounding the gang's decline follows a familiar melodramatic path, and it's hard to keep straight the many eccentric gangsters (with nicknames like Michael Jackson, Fat Ass, ABC and Dopey), Sack's essential thesis—that Kon unwittingly provided the template for today's ultra-violent, ritualized Asian gangs—resonates throughout this slick, meticulously crafted narrative.