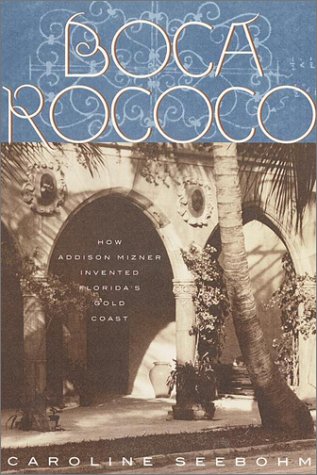 Mizner (1872–1933) started out in high society in San Francisco in the 1890s, successfully searched for gold in Alaska and ended up designing homes for some of New York and Florida's wealthiest residents. Many of the elaborate houses he designed in Palm Beach and Boca Raton are still standing today. Unfortunately, Mizner's dreams ended with the Depression and he died bankrupt and alone. Seebohm () has written a wonderful account of this little-known but talented self-taught architect. Mizner's early days—his devotion to his mother, his lack of formal education—are particularly well detailed. He kept diaries and wrote letters to his family, which Seebohm has used. However, his real career developed almost accidentally when he was asked to design a house for a friend and ended up working on the interior as well. After moving to New York and meeting acclaimed architect Sanford White, his career began to flourish. He was inspired by almost anything: "He collected postcards and photographs of the places he saw—castles, palaces, churches, fountains, furniture, sculpture, moldings, and the like—and glued them in scrapbooks on his return home.... At his death, he had twenty-seven scrapbooks in all, with titles such as Moorish and Near East; Byzantine-Romanesque Ceilings" While some people may not admire the ambitious Mizner, readers, especially architecture aficionados and anyone who has seen his buildings in South Florida, will want to read this book. Photos not seen by .